Yes, the BBA Challenge is still alive, just rather delayed! This has not been the best semester for my bread baking (and in fact I even let my sourdough die due to neglect!), but now that the semester is wrapping up I am trying to bake more. I recently made two loaves, the rye bread (marbled rye in the book but I made mine all one color) and the multigrain bread. 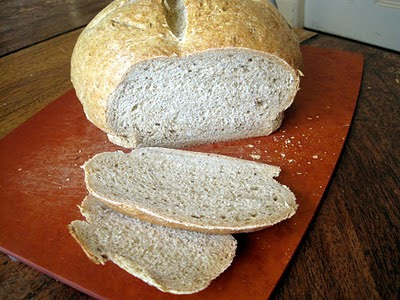 The rye bread was amazing - like that squishy rye you get in the store, except more delicious! That may not be everyone's cup of tea, but I am a huge fan of that sort of bread. I think the secret to success was Crisco. I always turn my nose up at Crisco and say "oh, butter tastes better", but the texture difference really is remarkable. And now that you can get the sort without trans fats, I don't think it's much more terrible for you than butter is. So - I am firmly on the Crisco bandwagon, and I definitely think it made this bread! 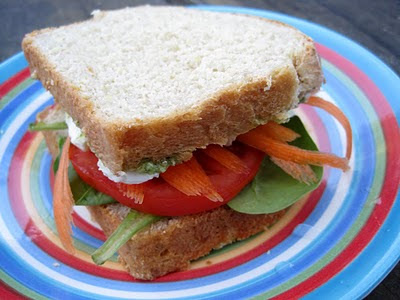 The multigrain bread was more of a disappointment. Although it was very tasty, it just wasn't as "hearty" as I was expecting from a bread named "Multigrain Bread Extraordinaire." You couldn't really pick out the individual components very well, like I was expecting. Basically, I saw this as an inferior version of Anadama Bread. However - it still did make a pretty fantastic veggie sandwich with pesto, tomatoes, fresh mozzarella, spinach, and shaved carrots, as well as a mean pb&j. Overall, the rye bread I will definitely be making again, while the multigrain bread recipe will likely be shelved. 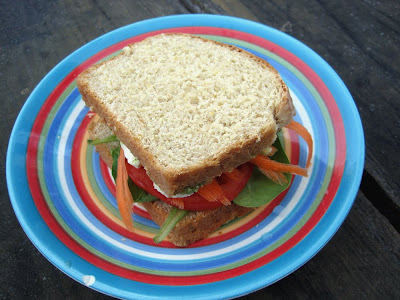