Do you read the blog Pintester?  I recently discovered it and totally fell in love.  Sonja's writing is hilarious and I love seeing what she does with all the popular pins on Pinterest. So, when she recently announced the Pintester Movement, I knew I had to participate!  Sonja challenged everyone to test out pins outside our comfort zones - something we otherwise might not make.  The pin I tried was Lebanese stuffed onions from Steamy Kitchen.  This is definitely different than anything I've tried before - it involves boiling onions and then using the softened layers as a wrapper for little spiced meatballs.  I was also nervous about adding soaked-but-uncooked rice to meatballs - was it really possible that it would get fully cooked inside the stuffed onions?  No way to know but to give it a try!

The assembly of the stuffed onions was actually way easier than I thought it would be, and it was fun rolling the onion layers around the meatballs!  I had about twice as much filling as I needed, so I made the rest into mini meatballs that I cooked up and served with a little onion gravy.  However, once my onions got in the pan, I started to have more problems.  As you can see from the picture, my onions did not get nice and browned like in the original pin. The filling also had some issues.  First of all, I used ground turkey, which was probably a mistake - a meat with more fat might have stayed juicier.  With ground turkey, though, the meatballs became really dried out because of the long cooking time and the uncooked rice - I think it sucked up a lot of moisture from the meat.  The rice itself was also a problem.  It just did not get cooked all the way - some grains were okay, but others were definitely on the crunchy side.

That said, the flavors here were really good.  The spice combination worked well together, and I liked the idea of stretching ground meat with rice.  My mini meatballs made with the extra filling were actually really tasty, and cooking them in broth meant that the rice was able to cook all the way without drying out the meat.  I could see making these stuffed onions again, but with two major changes.  First, I would stick to ground beef or ground lamb like in the original recipe - this isn't a place to try and skimp with a healthier meat.  Second, I would pre-cook my rice both to make sure it got soft enough and to keep the rest of the dish from getting too dry. 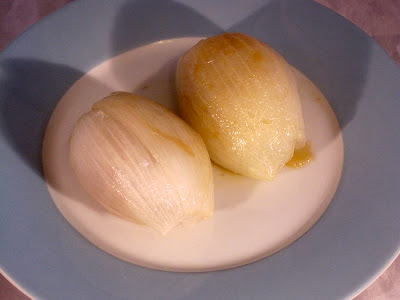 Lebanese Stuffed Onions (adapted from The Food and Cooking of the Middle East, via Steamy Kitchen)

1. Pour the rice into a medium bowl, and cover with cool water.  Set aside.  [Next time, I would cook the rice instead of just soaking it.]
2. Bring a large pot of water to a boil.  Cut off the top and bottom of each onion and remove the weeks.  Make a cut down one side of each onion and cut out a very thin wedge.  (If this seems confusing, there's a great video at Steamy Kitchen that I found helpful!)  Put the onions in the boiling water and cook 10-12 minutes, until the layers are soft and flexible.  Drain and let cool.
3. Drain the rice completely.  Put it in a large mixing bowl, and add the tomato paste, cinnamon, salt, cumin, coriander, cloves, pepper, and ground turkey.  Mix together with your hands until everything is well combined.
4. Separate the layers of onion.  Place 1 heaping tablespoon of the meat mixture on each onion, and loosely roll the onion up into a torpedo shape.  [You will probably have extra filling - you can either cook up and stuff more onions, or cook the remaining filling as mini meatballs.  I made mini meatballs, browned them along with the pieces of the onion that were too small to stuff, and then cooked them in broth until the rice was cooked and the broth was reduced.]
5. Heat a large saute pan over medium-high heat.  Add the olive oil.  When it is hot, add the onions, seam-side down.  Let cook 2 minutes, until the bottoms are lightly browned.  [Note: I'd extend this step to make sure the onions really got browned here.]
6. Sprinkle the vinegar and sugar over the onions.  Cover the pan and turn heat to low.  Cook 20 minutes, or until the meat and rice are fully cooked, flipping the onions over halfway through. 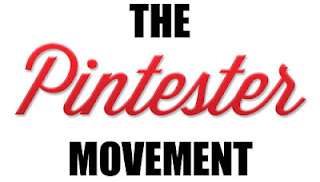